After a Successful Amateur Run, Savannah Marshall is More than Ready to Begin Her Pro Career The past two years have signified a new era in fighting: female fighting.

Stars like former UFC champion Ronda Rousey and up-and-coming boxing prospects Claressa Shields and Katie Taylor have brought more eyes to the world of female fighting than even Laila Ali. Rousey seems to have faded out of the media’s existence however, as she’s lost both of her last two fights and hasn’t fought in nearly nine months, leaving an open space for the top name in female fighting.

Marshall, based out of Hartlepool, England, does not carry the same cockiness of many young fighters today, she’s quite the opposite actually.

“When I first joined Great Britain’s boxing team, I was really shy and timid,” said Marshall in a recent interview with Round By Round Boxing. “A couple of the girls used to call me [The Silent Assassin] because when we’d have a media day, I’d used to hate talking to the media.” Timid as she may be in front of the media, The Silent Assassin shows nothing but confidence in the ring. 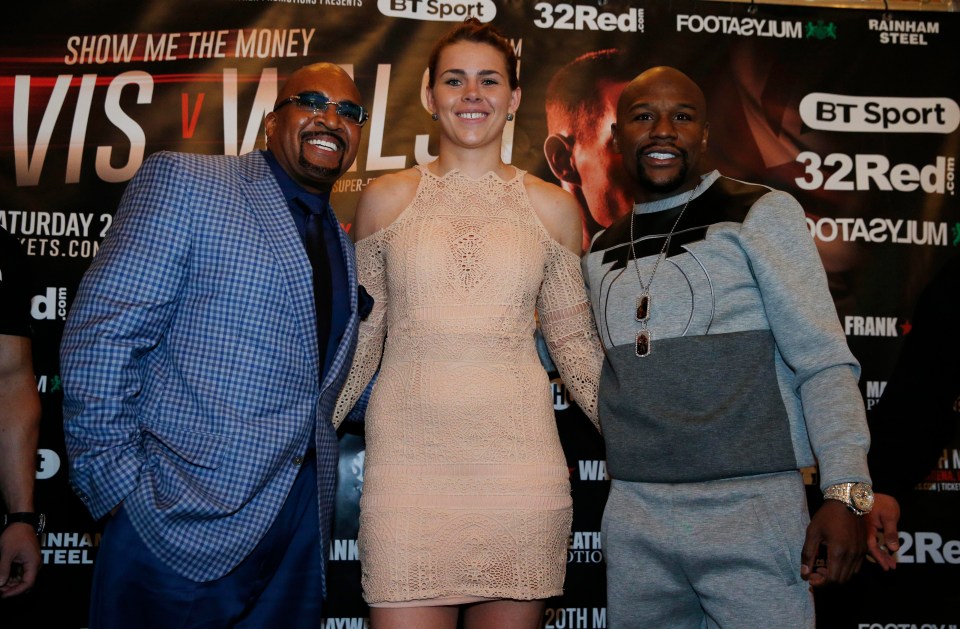 Marshall brought Great Britain their first ever gold medal in female boxing in 2012 and has represented her nation in three World Championsips, as well as the 2012 and 2016 Olympics. Marshall’s signing with Mayweather immediately generated massive amounts of attention, being the first and only female Brit on The Money Team, as well as the only fighter to date to defeat Shields.

Marshall was ecstatic about signing with Mayweather Promotions, stating that, though its been months since she signed, it still feels like a dream. “I still haven’t quite come to bits with it to be honest,” said Marshall.

She’s been given a great opportunity to bring eyes to her career as well, her professional debut coming on the Mayweather vs. Conor McGregor undercard against Sydney LeBlanc.

“It’s been over a year since I last boxed, so I’m just looking forward to it. I’m more excited than anything,” said Marshall.

Regardless of how many people know about her now, Marshall and her Manager DeJuan Blake of Affiliation Management are confident in her talent, her future, and her draw to the public eye.

“I think the fact that I’m British [will draw many fans]. You don’t get many British fighters fighting on American duels.  Of all the female boxers in Britain, it happened to be me that Mayweather wanted to sign,” said Marshall.

When asked about her, Blake said, “She’s talented, very talented. She keeps girls at a distance. It’s very rare that you’ll find a female boxer who has range. It plays a key part to an aggressive female fighter.”

The Silent Assassin seems ready to make a name for herself as more than just a strong amateur. She’s ambitious and believes she will be the world champion in the near future. A rematch with Shields would be a huge fight and she definitely sees their paths crossing in the future, possibly as a clash between world champions.

The post After a Successful Amateur Run, Savannah Marshall is More than Ready to Begin Her Pro Career appeared first on Round By Round Boxing.