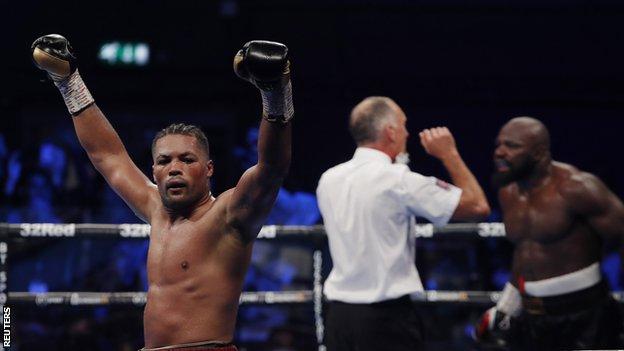 Carlos Takam 39-6-1 (28) says he was ready to take Joe ‘Juggernaut’ Joyce 23-0 (12) out when referee Steve Gray stepped in and stopped him in the sixth round of their heavyweight clash at The SSE Arena in London, England on Saturday night. The 40-year-old French veteran started the fight well, repeatedly landing overhand rights […]