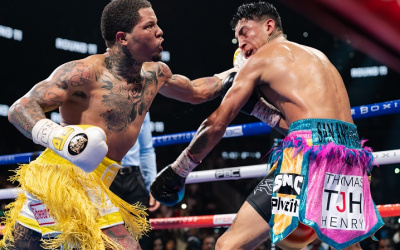 WBC featherweight champion Gary Russell Jr 31-1 (18) says Gervonta ‘Tank’ Davis 25-0 (24) has avoided him throughout his career. The 33-year-old southpaw from Capitol Heights, Maryland, a career featherweight, was only one division removed from Baltimore’s Davis, 26, who has boxed most of his career in the super featherweight division. Davis dethroned WBA 130-pound […]