Manny Pacquiao nominates the two biggest fights of his career 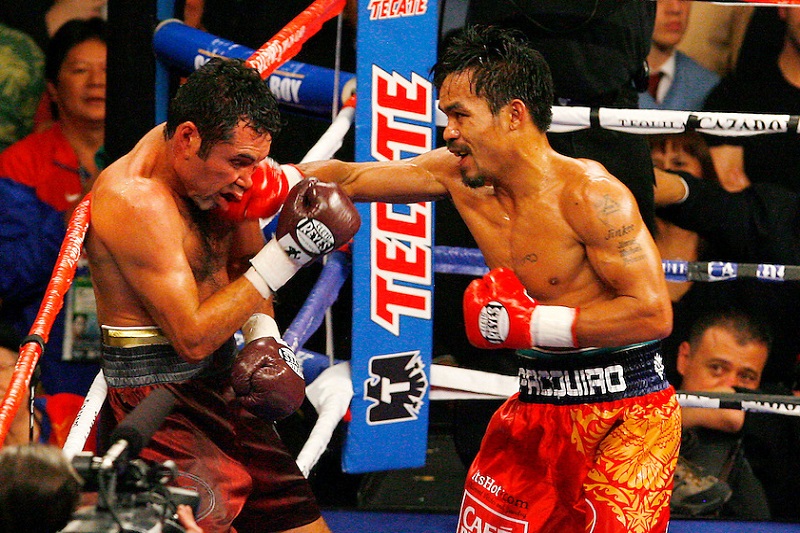 Filipino superstar Manny Pacquiao has revealed the two biggest fights of his storied career. The 42-year-old southpaw turned professional a remarkable 26 years ago as a junior flyweight and won his first world championship at flyweight four years later. He has since climbed up in weight, winning versions of the world title in eight separate […]