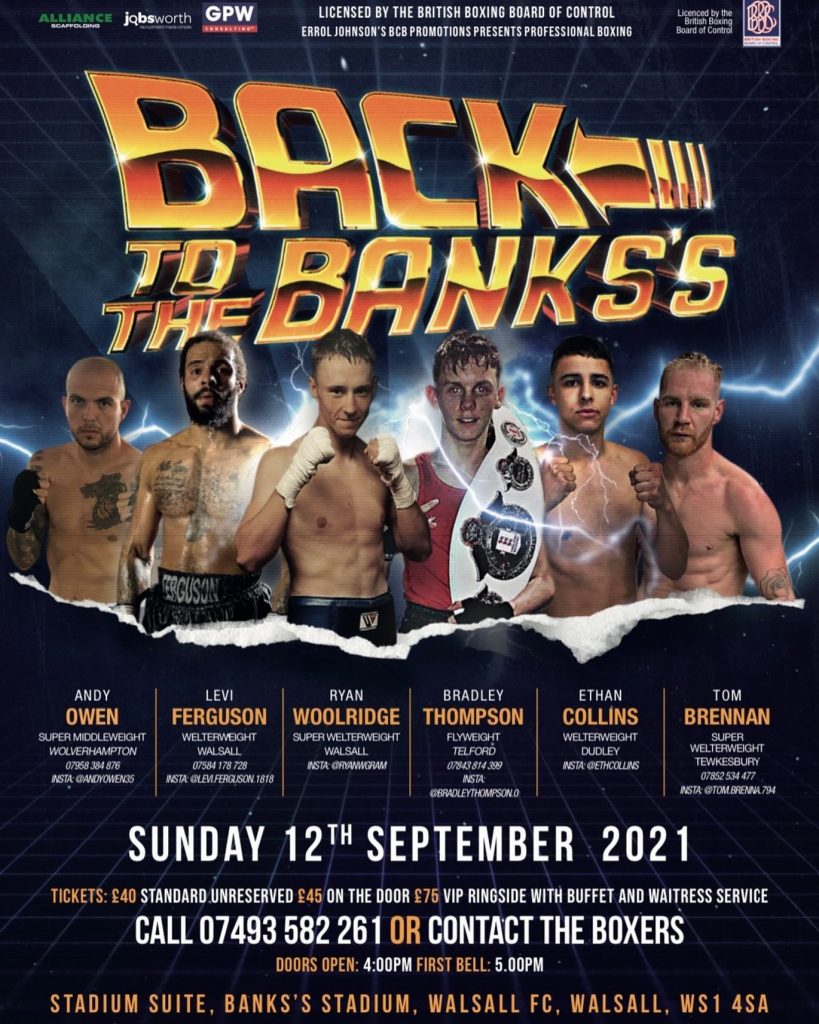 Tom Brennan has set his sights on the “complete performance” after making major changes in the run-up to fight night. He will be focussed on putting that plan into action when pro boxing returns to the Stadium Suite at Walsall FC’s the Banks’s Stadium, on the Sunday afternoon of September 12. Brennan has three pro […]