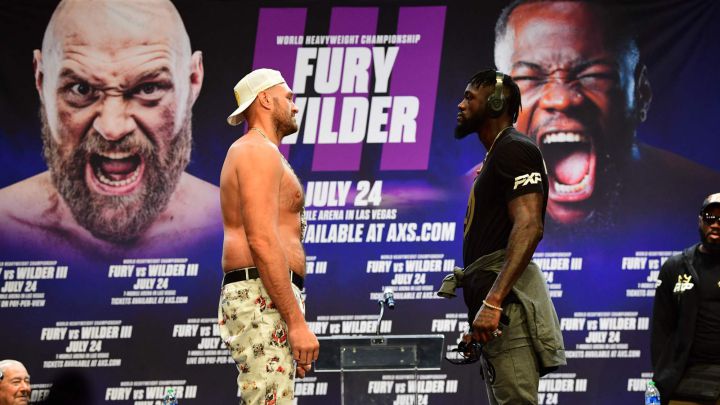 The long-overdue WBC heavyweight title fight between champion Tyson Fury 30-0-1 (21) and challenger Deontay Wilder 42-1-1 (41) appears to be in jeopardy after a reported Covid-19 outbreak in Fury’s camp. Mike Coppinger from ESPN broke the news, posting on Twitter: “Tyson Fury-Deontay Wilder 3 will likely be postponed after a COVID-19 outbreak in the […]